Applying the scripture to our current day life is important. But if we do not do our observation first, we can assert things that the Bible never intended.
Let us use Luke 24:13-35 as an example of how this can be done.

On the Road to Emmaus

13 That very day two of them were going to a village named Emmaus, about seven miles from Jerusalem, 14 and they were talking with each other about all these things that had happened. 15 While they were talking and discussing together, Jesus himself drew near and went with them. 16 But their eyes were kept from recognizing him. 17 And he said to them, “What is this conversation that you are holding with each other as you walk?” And they stood still, looking sad.
18 Then one of them, named Cleopas, answered him, “Are you the only visitor to Jerusalem who does not know the things that have happened there in these days?”
19 And he said to them, “What things?” And they said to him, “Concerning Jesus of Nazareth, a man who was a prophet mighty in deed and word before God and all the people,
20 and how our chief priests and rulers delivered him up to be condemned to death, and crucified him.
21 But we had hoped that he was the one to redeem Israel. Yes, and besides all this, it is now the third day since these things happened.
22 Moreover, some women of our company amazed us. They were at the tomb early in the morning,
23 and when they did not find his body, they came back saying that they had even seen a vision of angels, who said that he was alive.
24 Some of those who were with us went to the tomb and found it just as the women had said, but him they did not see.”
25 And he said to them, “O foolish ones, and slow of heart to believe all that the prophets have spoken!
26 Was it not necessary that the Christ should suffer these things and enter into his glory?”
27 And beginning with Moses and all the Prophets, he interpreted to them in all the Scriptures the things concerning himself.
28 So they drew near to the village to which they were going. He acted as if he were going farther,
29 but they urged him strongly, saying, “Stay with us, for it is towards evening and the day is now far spent.” So he went in to stay with them.
30 When he was at table with them, he took the bread and blessed and broke it and gave it to them.
31 And their eyes were opened, and they recognized him. And he vanished from their sight.
32 They said to each other, “Did not our hearts burn within us while he talked to us on the road, while he opened to us the Scriptures?”
33 And they rose that same hour and returned to Jerusalem. And they found the eleven and those who were with them gathered together,
34 saying, “The Lord has risen indeed, and has appeared to Simon!”
35 Then they told what had happened on the road, and how he was known to them in the breaking of the bread.
Luke 24:13-35(ESV)

In Luke 24 it is mentioned that the village the two men were walking to was about seven miles away (verse 13). This minute information served an important purpose. By the time they arrived at the village it was late, yet after they recognised Jesus, they had the physical energy to walk all the way back to Jerusalem that same evening (verse 28-34).

When our eyes are opened to see what the Lord wants us to see even our physical bodies receive the strength to continue the journey. Luke almost certainly wanted us to notice this.
There is a lot more in Luke 24 we could apply to our current day life.

It is important we do our careful reading and observation of the scripture before looking at the application.
Sometimes, like the disciples on the way to Emmaus, it can take a while for us to get it.

It is now time for us to take all this to the Lord in prayer. This is not just a time to speak to the Lord but another opportunity for us to hear from him.

The Holy Spirit can still drop things in our heart that we never saw with our eyes. Like the two disciples walking beside Jesus on the way to Emmaus, we also can hold God’s word in our hands, hear it and read it and still not recognise the obvious things God is telling us.

Remember, it was during the time of prayer that their eyes were opened (Luke 24:30-32). Let us pray that ours are also.

NOTE: Prayer is key. Prayer should be done with an attentive ear and a thankful heart. Our eyes are opened when prayer is make -Luke 24:30-31.

SOAP helps us to objectively study the scripture by first paying attention to the literary and intended meaning of the text. Here is where we do our observation. Bible scholars would call this exegesis.
Our exegesis gives us a foundation to seek the present-day relevance of the scripture for our use today. Bible scholars refer to this as hermeneutics.

While it is certainly true that hermeneutics is often described as the study of how to interpret the Bible, and would hence involve exegesis, hermeneutics also helps us to see the contemporary relevance of the ancient biblical text for our use here and now. Here is where we do our application.

Eisegesis is the opposite of exegesis. Eisegesis is when we bring own pre-concluded belief or opinion into the scripture and consciously, or unconsciously, use it to add meanings and make applications from the Bible to suit our own opinions or thoughts.

Eisegesis is something we should guard against.

Reading material
1.    How to read the Bible for all its worth by Gordon D fee and Douglas Stuart

Back to Scripture and Observation 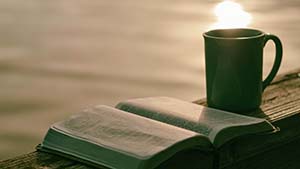